For years this organisation has successfully provided some of the fundamental infrastructure services required by the community to go about its daily life. Because the organisation services the whole community, it continually has to juggle the potentially competing needs of different interest groups, as well as meet the political agenda demanded by the government ministers, and important issues of safety and long term planning which are often not immediately visible to users and the government.

The organisation has always prided itself on its technical excellence, project management, engineering and resource planning skills. Over the years a strong process orientation became a tendency to bureaucracy and to become hemmed in by process, using them as a reason for why things cannot change. The culture became one where people would do their job in the best way they could, but without stepping outside their own world to see things from the perspective of the customer and their colleagues. Over time, the hidden risk posed by this behaviour of complacency and bureaucracy grew.

The severity of this risk was finally realised when a major incident occurred in which the response of a number of agencies brought considerable discomfort to a lot of customers. After considerable negative media coverage, a government inquiry concluded that the lack of customer focus in the culture was a root cause of the problems and needed to be addressed.

The organisation knew that its cultural issues needed to be addressed. With strong backing from the Executive Team, the organisation decided to attempt to actively manage their culture. The organisation asked for submissions of interest from outside providers to partner with them to jointly develop and manage this considerable task.

After considerable negative media coverage, a government inquiry concluded that the lack of customer focus in the culture was a root cause of the problems.

The approach was two-fold. By conducting a customer survey the organisation spoke with 6000 customers, and this data was combined with data from an internal culture survey and deep dive focus groups. TURN AROUND, Walking the Talk’s culture management system proposal, was seen as by far the most rigorous and comprehensive approach to the internal challenge, and was selected ahead of global consulting firms and survey diagnostic organisations.

The program has been strongly supported by the Executive Team through a heavy investment in their own development to lead a customercentric culture. Most of the team had been in the organisation for some time and recognised that they themselves would need to change in order to encourage change in others. Initially the Executive Team committed to a team development process, individual assessment process and coaching.

Walking the Talk’s Discover diagnostic process provided key insights… into the behaviours, symbols and systems sustaining the current culture allowed the executive team to pinpoint how they needed to change… and identify the initiatives that would have the most impact.

Walking the Talk’s Methodology helped produce a plan which gave longevity. The organisation’s project management strength put them in a strong position to set the Customer Focus Program up in a manner that would increase its momentum. A program team was established from the start and a comprehensive program plan developed.

A group of people was selected whose mind-sets reflected the desired future state and were the link deep into the business. They have been advocates for change, facilitators of engagement sessions and leaders of the culture planning process. This group went through several Walking the Talk culture leadership programs, as did the top 60 leaders who were also closely involved from the start.

The Customer Focus Program encompassed a combination of development and engagement initiatives for all staff with selected flagship projects. For example, the development of an external customer facing charter, various technology initiatives plus an agency wide skills program which focused on key behaviours.

The Program was fully costed and incorporated into the business planning cycle, and included a rigid governance and communication structure, which established it as a fully functioning culture management program.

A change in government triggered a change in Chief Executive and Deputy Chief Executive. The new Chief Executive, immediately saw the practical, systematic and results-oriented focus of the culture planning process, the commitment of the people, and the transfer of internal capability; he knew that continuing the Customer Focus program was critical to the organisation’s future. Year 1 of the Customer Focus Program is now in the latter stages of implementation. Priorities chosen were ‘putting the customer at the centre of everything we do’ and work to address customer perceptions.

The Customer Focus Program was managed by a full time team, focussed both on DO-ing, a selected number of practical changes, and BEing, work to change the mind-sets in the organisation. 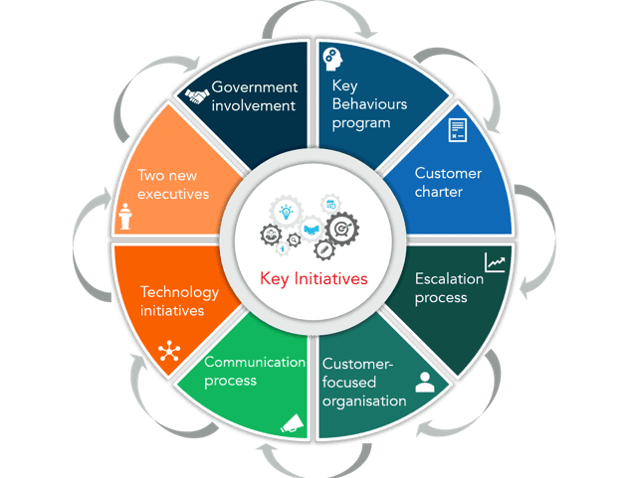 The Chief Executive describes how the Customer Focus Program has enabled subsequent internally driven initiatives, as well as providing him with a platform to lead the agency ahead of others in the eyes of a government who is focused on improving services to the community. Stories are now collected on improved customer service.

When the Chief Executive describes the benefits of culture management within the organisation he highlights that his organisation:

The agency was recently awarded a major infrastructure project in favour of an external contract, a sign of increased trust by government. Recent government requirements for efficiency measures have been implemented with a continued focus on the customer, which would have been much more difficult without the structure and mindset changes achieved through the Customer Focus Program.

And importantly for employees, elected government officials and customers themselves, the media have quietened their criticism of the agency. 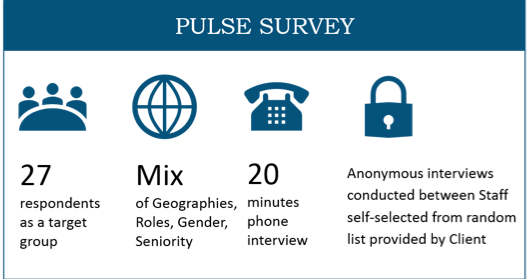 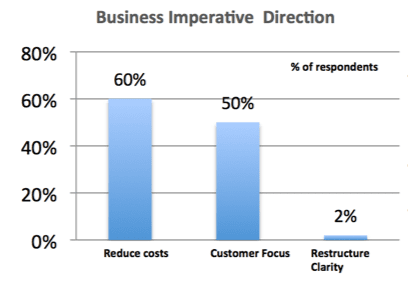 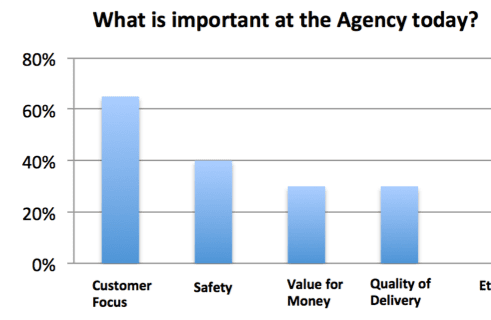 Clarity of Vision and Direction:

When the Chief Executive describes the benefits… he highlights that his organisation has a plan and is actively managing a customer focused culture.